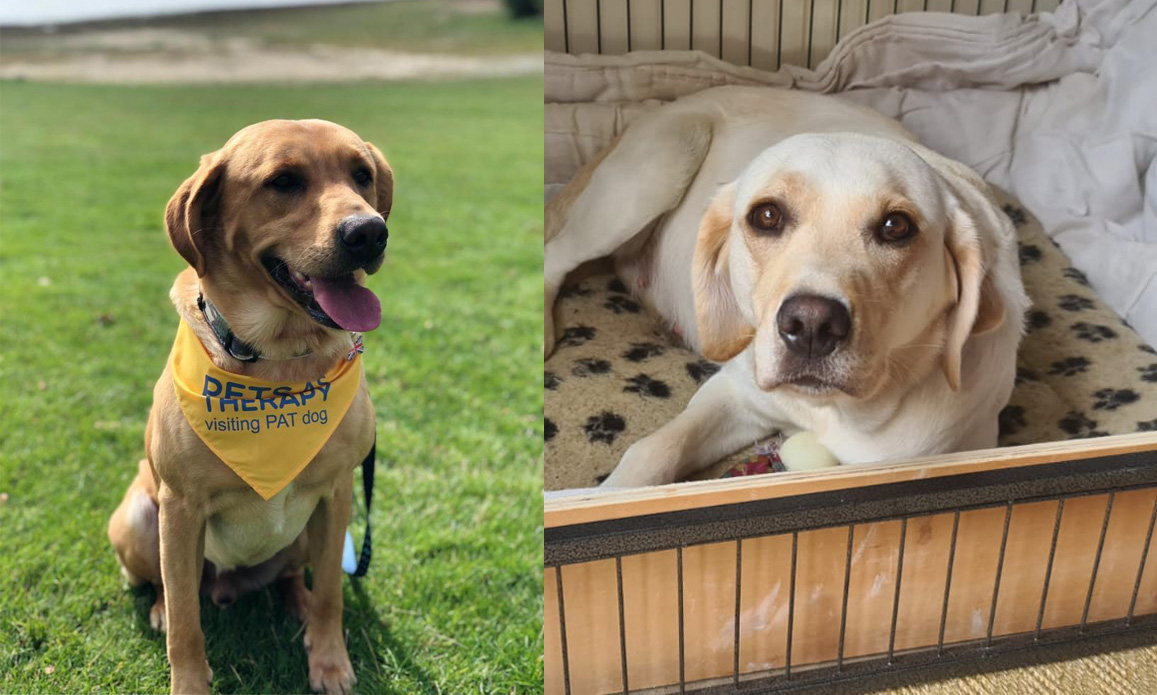 So what makes a male and what makes a female? The Science bit! The resultant sex of a puppy is determind during the foetal stage of development in the uterus; whereby genetic information from both parents contributes. The information with regard to gender is expressed as two letters XX for female and XY more male.. Developing foetuses are inherently female, and will develop as such in the absence of the Y chromosome. So male foetuses develop as the Y chromosome causes regression of the female duct system, and the development of the male duct system continues.

The testicles (male reproductive organs) start to descend in the foetal stage of development but this stage is not totally complete until after birth. We at Gillhambrook recommend that both male and female dogs are neutered unless they are going to be used for breeding. The pros and cons of neutering will be presented in a future article. Differences in characteristics The differencies can be described as both physical (appearance) and behavioural (temperament). It is important to consider the characterics of the male and female in making your choice, as they will be ever present. Even after neutering although to a lesser degree. Males The most obvious physical characteristic of the male is the difference in size, males being taller, heavier and stronger than females of the same breed. It can be suggested that male dogs tend to form a closer bond with one person although this is not always the case. Our personal experience with males doesn’t support this idea.

Training the male dog may be more challenging, and early socialisation is important as they tend to be boisterous if their energy is not channelled effectively. They tend to reach sexual maturity more quickly than females thus they may display sexual tendencies earlier than females. We support the theory to neuter the male dog as soon as he reaches sexual maturity (if he is going to be a pet). This can prevent unwanted sexual behaviour such as roaming, excessive leg cocking, scent marking and excessive possessiveness over females. Evidence has been seen to support the theory that neutering male dogs can reduce certain cancers in later life, especially anal cancers and testicular cancer. Females Female dogs tend to be smaller, and easier to train and less exuberant. It has also been suggested that they bond with multiple people rather than just one but we at Gillhambrook have not seen this first hand with our dogs. They do however mature sexually slightly later than males. Once sexually mature they usually have two seasons a year. These can last for in excess of three weeks at each season. During this period the female will display a noticeable vaginal discharge, designed to attract a male.

She will be susceptible to pregnancy at this time so precautions should be taken such as ensuring the garden is secure, lead exercise only and avoiding male dogs. Spaying is the name given to the neutering procedure for a bitch. We recommend this is done in all bitches that are not going to be breed. Not only does it ensure that the seasons stop it will prevent a medical condition known s Pyometra which is life threatening especially in the older bitch. We recommend you contact your Veterinary surgeon to seek their advice on the optimal time to spay. Some Vets will spay before the first season, others will not. If spaying is to occur after the first season then it ideally should take place mid way between the two seasons, and you Vet will give advice on this. Conclusions There are some contrasting features between males and females, both in the physical appearance and physiology (how their bodies function), and indeed some reported behavioural differences. They both require equal amounts of commitment to socialisation, training, exercise general care and love. Both make wonderful pets if these factors are taken into consideration.  This article has been written for information purpose only. It is not designed to replace Veterinary treatment. The observations and opinions are based on that of the author.

Why not contact us using our contact form, we are always available to answer any questions you may have.